Please note, today is Queen Elizabeth II birthday as a natural person. The Queen of Canada's birthday is 22 May.

If I’d never seen it then I’d never have dumbly decided it was a good idea to try to understand it. But I did, and am now going to attempt to unpack this nonsense, while probably getting some legal nuances wrong here and there.

Elizabeth II is a real human person who was born on April 21, 1926. She celebrated her 91st birthday last Friday, which is when Philippe Lagassé, an Associate Professor at the University of Ottawa, wrote the above tweet.

It gets worse. The Queen of New Zealand’s birthday is June 5th.

And June 5 in NZ… this is bizarre.

To be clear (lol), Elizabeth II is also the Queen of New Zealand. What is going on?

As best I can understand it, based on a blog post also by Lagassé, “the Sovereign (ie Queen or King) is a legal person… [a] fictional legal personality.” Specific Kings and Queens live and die, but the Sovereign, as a legal entity, “is perpetual and never dies.”

“The woman we call Queen Elizabeth II,”  Lagassé writes, “is the physical representation of the legal personality known as the Queen of Canada.”

This is handy, because it means that when you swear an oath to the Queen, you are technically swearing that oath to the Sovereign, not to the mortal human. When Elizabeth II dies and Canada gets a new King, that King will become “the physical representation” of that same, continuous legal personalty of the Sovereign. That way all of the oaths, commissions, contracts, etc. made while Elizabeth II was Queen will still be equally in force under the new King. 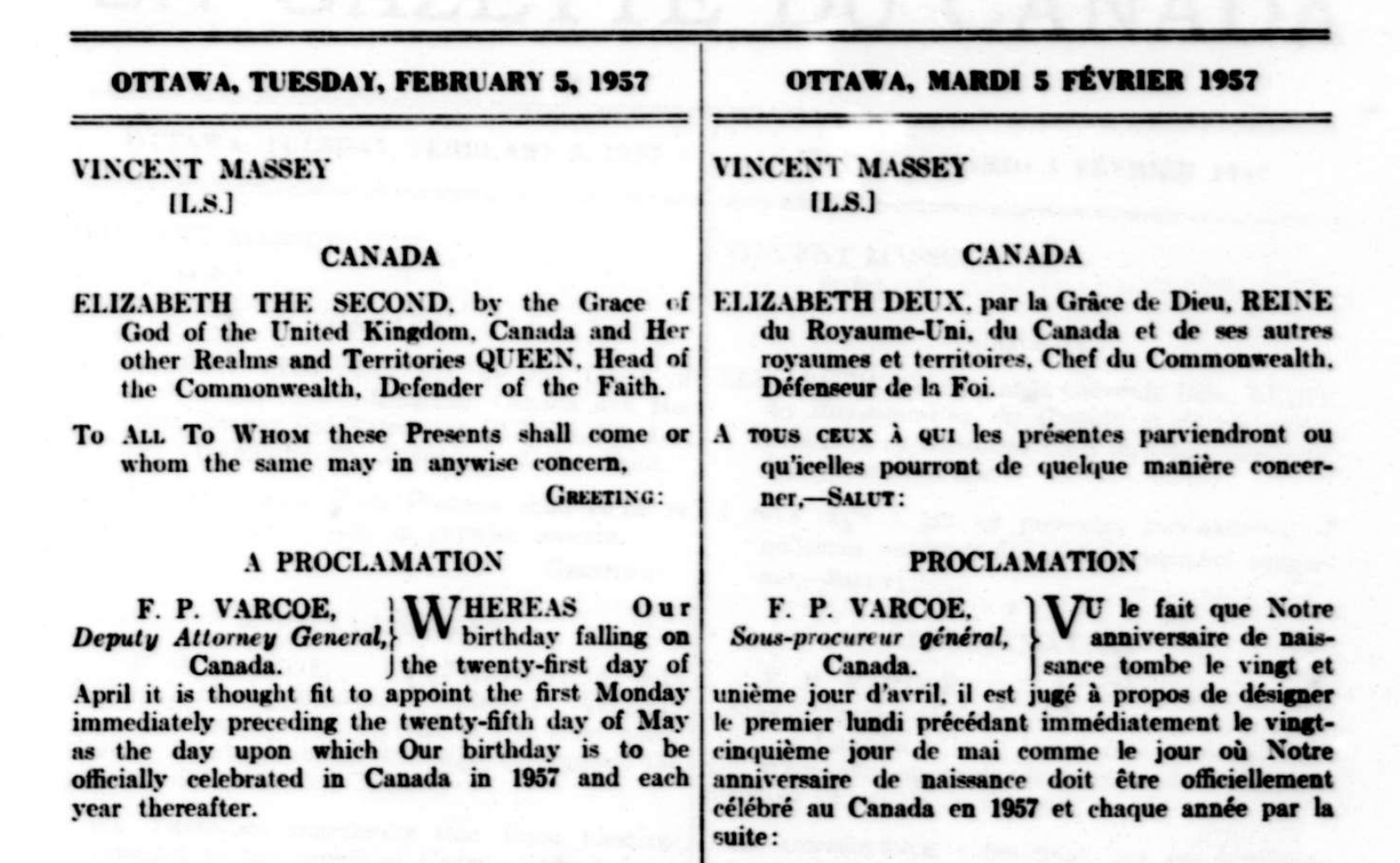 Easy. Canada just straight up passed a law that says when the monarch’s birthday is. Also — and this is hilarious — the law is a royal proclamation, so it is written as if Elizabeth herself is declaring when her birthday will be celebrated, while acknowledging that it is not actually her birthday:

WHEREAS Our birthday falling on the twenty-first day of April it is thought fit to appoint the first Monday immediately preceding the twenty-fifth day of May as the day upon which Our birthday is to be officially celebrated in Canada in 1957 and each year thereafter.

If you are now thinking, “oh, the last Monday before May 25, that’s Victoria Day, celebrating Queen Victoria’s birthday,” you are half right. Because everything about this has to be so difficult, yes, Victoria Day is also the last Monday before May 25th, and yes, Victoria Day does celebrate a former Queen’s actual birthday, and yes, that is the reason why this date was chosen for the birthday of the Queen of Canada. And yet, just as the Queen of Canada is technically a different legal personality from Elizabeth II the natural person, the Queen of Canada’s birthday is technically a different holiday that just happens to fall on the same day as Victoria Day.

Fine. So why does the Queen of New Zealand have yet another birthday? Lagassé explains:

[Elizabeth II] personifies and represents a number of legally distinct and independent legal personalities, such as the Queen of the United Kingdom and Queen of Australia. When we say that Canada and the United Kingdom have the same Queen, then, what we really mean is that the same natural person, Elizabeth II, personifies and represents two entirely independent and distinct legally personalities.

And apparently each realm has gotten into the habit of declaring distinct birthdays for these distinct legal personalities. By my count the Queen is able to celebrate about 7 birthdays a year. 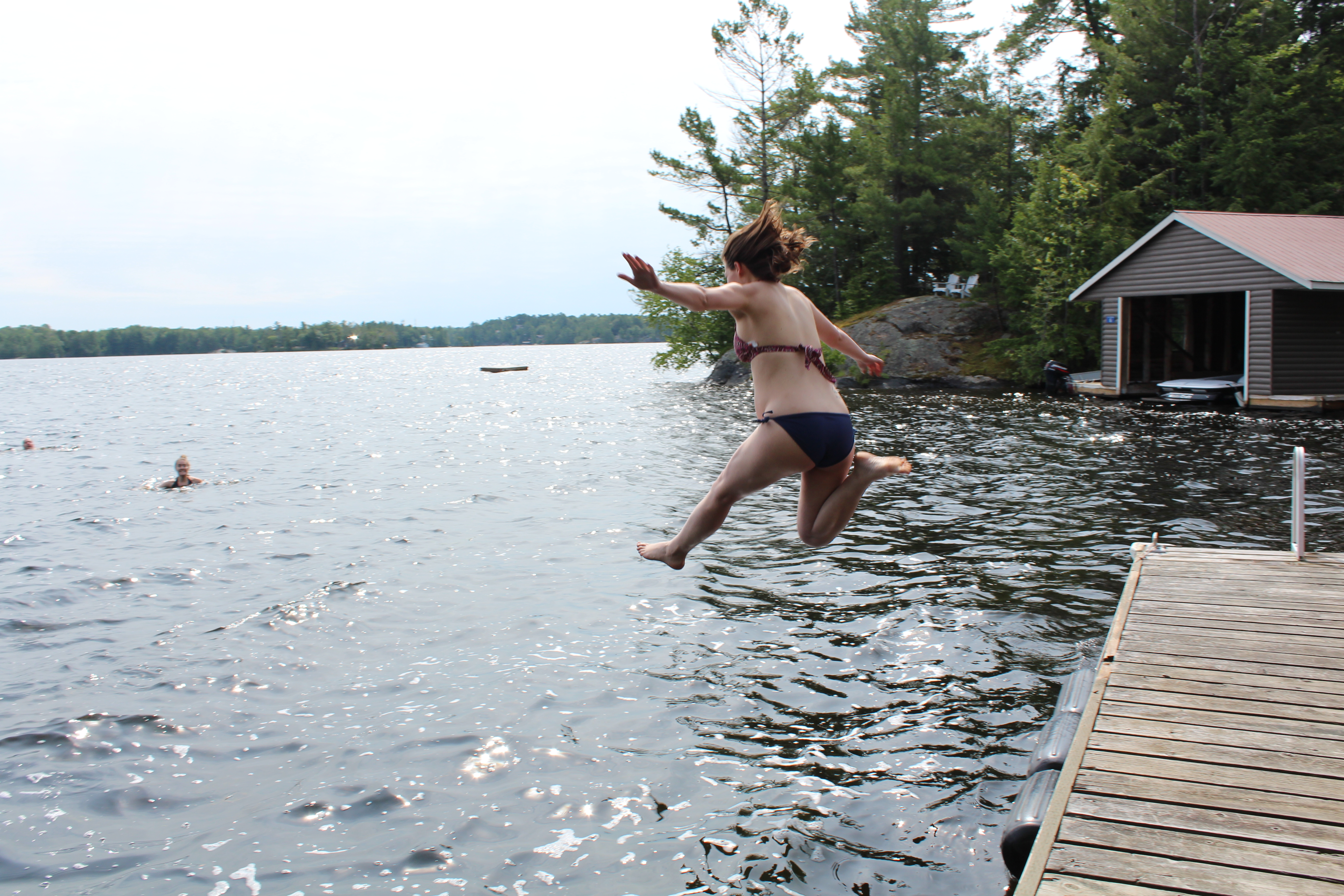 By the way, that 1957 proclamation also says that Canadian subjects of the Queen are “required to take notice” of this birthday “and to govern themselves accordingly.” I am just going to assume you have been doing so and that, technicalities aside, the appropriate way to take notice of the Queen’s birthday, at least in the part of Canada I’m from, is to purchase a two-four of beer and jump in a lake.

3 thoughts on “How many birthdays does the Queen have?”